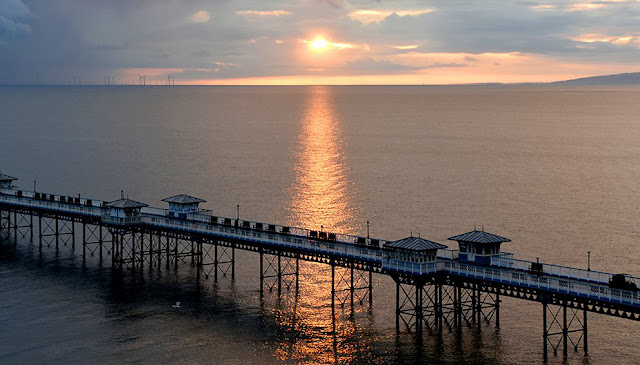 Llandudno is one of the most popular seaside resorts in all of Wales, in part due to its two sandy beaches (one on either side of the town) and picture-perfect promenade. The more easterly of the two beaches, North Shore, is bounded by another headland, Little Orme. One of the most popular things to do here is hopping aboard the Great Orme Tramway — the only cable-hauled tramline in Britain — which has been taking visitors on a lovely journey to the top of the Great Orme, with its superb views over the Irish Channel, since 1902.

The town's magnificent late Victorian pier has been mercifully spared the modern fairground influences so typical of many resorts on the south coast and is a popular hangout for anglers (fishing gear is available for rent at the pier entrance). It's also a great place to simply sit and enjoy the sea air, especially if accompanied by a hot drink or snack from one of the food outlets here. A must-do if travelling with kids is stopping and watching one of the fun "Punch and Judy" puppet shows, performed frequently along the promenade. Staying in Llandudno is definitely advisable, with hotels in Llandudno offering beautiful views and first-class accommodation.

Snowdonia National Park covers a great deal of North Wales, extending inland from the coast between Penmaenmawr and Caernarfon by way of Bethesda all the way to Bala Lake and Llanfairfechan. Access to a beautiful part of this area, including the summit of Snowdon itself, is made easier by the wonderful Snowdon Mountain Railway, which starts in Llanberis. This beautiful park is one of the best places for hiking and climbing in Britain, and offers not only extremely rugged mountain scenery but also sandy beaches and dunes, picture-perfect Welsh valleys, as well as over 50 lakes and smaller pools of water. The park also boasts a rich cultural heritage that includes Roman ruins, prehistoric circles, ancient stonewalls, and traditional Welsh farms.

Located in Tremadog Bay on a wooded peninsula between Porthmadog and Harlech, Portmeirion is famous the world over for being a replica in miniature of a picturesque Italian village. Portmeirion was the brainchild of Sir Clough Williams-Ellis (1884-1978), who dreamed of recreating an Italian village in Wales and had it built on his own private promontory, together with a mansion (now a hotel) and beautiful Gwylt Gardens. Also on-site are a number of boutique shops, plus dining options in the tea-room, cafe, and restaurant. The village was also where the famous Portmeirion pottery line originated. Now made in Stoke-on-Trent in England, these Portmeirion-inspired products adorn tables and shelves the world over.

This unique property is best visited as part of an overnight stay; when the gates close for the evening, guests get the whole place to themselves to explore, from its beautiful gardens, fountains, and church, to the coastal paths of the lower village. The location for numerous films and TV programs, including the cult The Prisoner, Portmeirion is a must for any sightseeing visit to North Wales.

Conwy Castle is a masterpiece of medieval architecture that took an estimated 2,000 workers to build between 1283 and 1289. And it was completed just in time, as in 1290 Edward I was besieged behind its 3.6- to 4.5-meter-thick walls and eight towers by the Welsh. The Great Hall, 38 meters long, is now roofless, but one of the eight arches that supported it has been rebuilt to show the original beauty of the structure. Considered one of Wales' most picturesque fortresses and one of the best-preserved 13th-century fortresses in Europe — along with fine examples of medieval royal chambers — Conwy Castle features an excellent exhibition on the history of Edward I and his numerous Welsh castles.

Afterwards, be sure to explore the town itself, located only a short distance from Manchester. Conwy's other highlights include well-preserved 13th-century town walls with superb views of the surrounding area; Aberconwy House, a 14th-century merchant's house and one of the first buildings to be built inside the town walls; the superbly preserved Elizabethan home, Plas Mawr; and what is reputedly the Smallest House in Great Britain.

Gardeners shouldn't pass up the opportunity to pay a visit to Bodnant Garden, one of the oldest and most visited formal gardens in Wales. Now a National Trust location, Bodnant is situated on a hillside overlooking the Conwy Valley near the small village of Tal-y-Cafn. In addition to its many fine floral displays, it offers superb views over the surrounding Carneddau peaks. Covering an impressive 80 acres, Bodnant was established in 1874 and retains to this day many facets of the original explorer collections that were deposited here, including its fine Italianate terraces, a gorge garden, collections of trees and shrubs, plus an attractive waterfall. Newer additions include a winter garden and a very pleasant riverside garden.

The big draw, though, is the garden's magnificent 55-meter-long laburnum arch, planted in 1880 and flowering each May and June. It draws large crowds who travel here to enjoy its splendid display. Other notable highlights include its two restaurants, two tearooms, guided walks and talks, along with fun workshops. (Those travelling with dogs are welcome to visit with their canine friends on select days.) 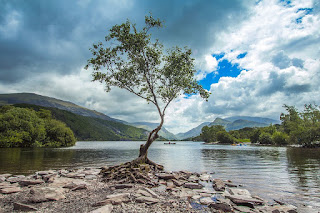 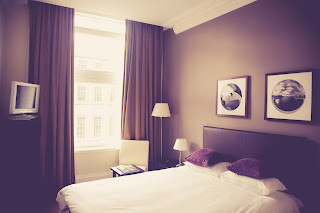